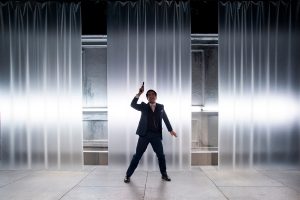 Upstairs at the Gatehouse in Highgate 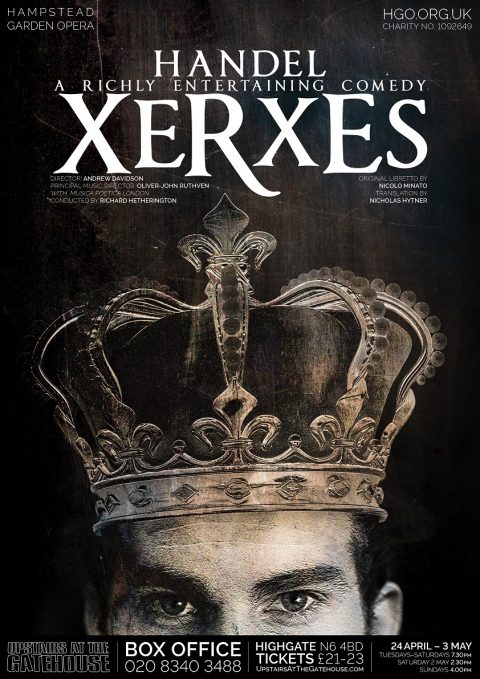 A new production of Handel’s Xerxes in the English version of Nicholas Hytner. The Music Director will be Richard Hetherington who this season will conduct La Traviata at the Royal Opera House.

Composed and first performed at the King’s Theatre, London, in 1738, Handel’s comic masterpiece Xerxes was one of his last operas, and very different to previous works. Anxious to provide a new style of entertainment, he discarded many of the rigid rules and long-winded nature of the Italian Opera to create a more fluid and dramatic form of entertainment. Though notionally about Xerxes, the Persian King who invaded Greece in 580 BE, it is not so much a historical work, but a love story and a comedy, focusing on the rivalry between Xerxes and his brother Arsamenes for the love of Romilda, daughter of the Persian Army Commander. HGO’s Principal Music Director, Oliver-John Ruthven, describes Handel’s Xerxes as “a superb example of music theatre, in which we find a wealth of beauty, profundity, and comedy.” Within the opera we hear one of Handel’s best-loved tunes (often known as Handel’s Largo) and an abundance of other beautiful music. We will be using the Nicholas Hytner translation from his highly acclaimed ENO Production.

This will be the first time that Richard Hetherington has conducted a production at HGO, and he will be conducting period ensemble Musica Poetica London from the harpsichord. Richard is currently a member of the music staff at the ROH, and will be conducting The Royal Opera’s La traviata in June. This will also be the first HGO production to be staged by Australian director, Andrew Davidson.

Andrew Davidson observes, “the libretto of Xerxes in the form adopted by Handel is a lesson in love, loyalty, and justice from one of the world’s great operatic wordsmiths. It celebrates the human capacity for the sensual, the scientific, the silly, and the sublime.”

Andrew sees the King’s brother Arsamenes as the key character: “It can be tough living in the shadow of a big brother. It’s even tougher when your big brother is a king who acts like a kid. Spending a fortune on insane building projects, or cultivating a bizarre infatuation with a plant, you can deal with. But when he steals your beloved on your wedding day, it’s time to take action. Thus the true hero Arsamenes embarks on a battle of hearts in the corridors of power. Little does Xerxes know that his own fiancée is headed into town to tame this whiz kid run wild. Will she pull rank; reshuffle the cards and claim Xerxes for herself? Or will the dark clouds of tyranny extinguish the light?   The resolution is not obvious.”

“HGO’s production teams are drawn from the professional operatic world and having worked in prestigious opera houses themselves, never fail to create exciting and imaginative productions for their singers.”

We look forward to receiving your enquiries.